How 3 Companies Successfully and Sustainably Grew Their Membership

Sometimes it’s hard to know if you’re heading in the right direction when it comes to running a business. Sure, your sales figures are improving and your membership is growing, but will you survive next year? How about the year after that?

Successfully growing a business of any kind isn’t easy, especially over the long haul. That’s particularly true for membership and subscription businesses, too. Members tend to become flaky, subscribers unsubscribe, and people sometimes forget about you over time. It’s the human way.

So how do the big member companies stay in business for so long? And more importantly, how can you make sure you’re doing what they’re doing so that you’re around for years to come?

Well, in this case, it’s best to learn from the pros, which is why we’ve put together some inspiring stories of membership and subscription businesses that started from nothing and grew to be worth millions (and even billions).

And don’t worry; we’ve got some tips you can apply to your own business model, too. If you’re not already familiar with Fizzle, you should be. It’s a site that helps “indie entrepreneurs make weekly progress on their business.” Fizzle was co-founded by three friends, Corbett Barr, Chase Reeves, and Caleb Wojcik.

Corbett and Caleb were previously running a site called ThinkTraffic.net, where they used Corbett’s startup and programming background to help online entrepreneurs understand how to build a successful business by growing their traffic and email lists, which eventually became Fizzle.

Fizzle currently has over 8,000 members and growing, and while that may seem modest compared to some membership sites, their retention rate is high. They work with more than 2,000 members every month and their online community is used daily by hundreds of entrepreneurs. They also have had over 2 million unique visitors to their blog.

Steph Crowder, Fizzle’s head of Member Success, has said that one of the keys of Fizzle’s success is being a company that avoids burnout. In an interview, she says that she’s seen people start a business only to end up resenting it because they never take a break. While “hustle” is important, Crowder maintains that being a “martyr to hustle” isn’t helpful for growth.

Fizzle provides group coaching every Friday, forums for entrepreneurs, and a 9-stage small business roadmap for $35/month. They also offer a two week free trial membership that can be cancelled at any time.

According to Crowder, she has two pieces of advice for budding entrepreneurs:

“Online entrepreneurship can be so isolating simply because so many people in your life have no idea what you’re working on. Find a buddy or a community and get a support system. At some point you’re going to want to quit and you’re so much less likely if you have somebody.”

For experienced entrepreneurs she recommends focusing on iteration. “You need a product people are going to buy,” she says, “and a community that’s hungry for it.” Founded in 2005 by Mike Lee, MyFitnessPal is a nutrition-tracking sensation with over 80 million registered members. Lee and his then-fiancée first launched the business out of personal need – originally just a website and later on a mobile app – after wanting to lose a few pounds for their wedding.

Lee’s brother, Albert, bootstrapped the company in 2009 to help with development and redesign of the app, eventually reaching $18 million in raised funds. At first, the company had great success, with over 40 million downloads of its mobile app after it released. Keep in mind, there are always challenges, as Lee notes that the company did fall into the red once they started expanding the team.

MyFitnessPal was acquired by Under Armour in 2015 for $475 million.

It’s free to be a regular member on both the website and the mobile app. In 2015, they launched a premium membership “for fitness buffs” that offers additional features and removes ads. Premium membership is priced at $9.99 monthly or $49.99 per year.

In an interview, Lee says that self-doubt was a major roadblock at the launch of his business. He notes, “There’s a lot of risk in starting your own company… You can gain experience on the job and grow fast, but first you have to get past that initial self-doubt and just do it.”

He also notes that they encountered roadblocks when scaling the team. “We needed to grow to accommodate our expanding user base… When you’re no longer a 5-person team, certain methods need to be put into place [to] keep that balance between an organic, collaborative environment and implementing necessary processes.” When Lynda Weinman launched her business – Lynda.com, a subscriber-driven online learning platform – in 1995, she had no idea it would one day be worth over $1.5 billion dollars.

Weinman, a web design instructor, started her company out of necessity after struggling to find resources available to teach other designers the tricks of the trade. She had scoured bookstores for materials, but only found complicated technical guides “that were impossible for the average person to understand.”

She eventually wrote her own book, Designing Web Graphics, and began teaching onsite courses to design students, officially launching Lynda.com as a way to keep people informed about upcoming classes and to post a few relevant videos.

Before the 2001 dot-com crash, Lynda.com had 35 employees and was worth nearly $3.5 million in revenue. But after the crash, the company had to lay off 75% of the staff. That’s when Weinman had the idea to put the enire business online, and what started as 20 online videos has grown into 6,300 courses and more than 267,000 video tutorials. Lynda.com now has over 4 million subscribers.

Lynda.com lets visitors to use the site free for 10 days, after which they can choose one of the membership plans starting at $24.99/month.

Raymond Pirouz, a former acquaintance of Weinman, said of her business, “It’s one of those overnight success stories that wasn’t overnight at all.”

Weinman also credits two things to her success: creative thinking during times of crisis, and a commitment to providing value. In her own words, Weinman says, “A lot of people are focused on the price. It surprised a lot of people who are not in our industry. For me, I’m focused on the impact. The first words out of my mouth were: ‘Wow, that will have a big impact.'”

So what do all of these success stories have in common? Quite a lot, actually. While each company approached the initial stages of growth different – some shunning start-up funds, others embracing it – and each comes with a unique and varied pricing structure, they all approach their membership business in similar fashion. Here’s what they do that makes them so successful (and what you can do, too). They:

Joanne is a writer who specializes in educating online site owners about building a thriving membership business. 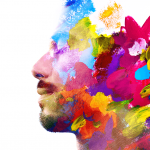 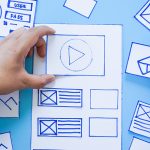 How To Design A Membership Site For Long-Term Success 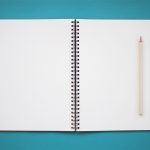 7 Practical Solutions for Growing Your Membership

Here are a few more tips and tricks for growing your membership. Subscribe to download this free resource!