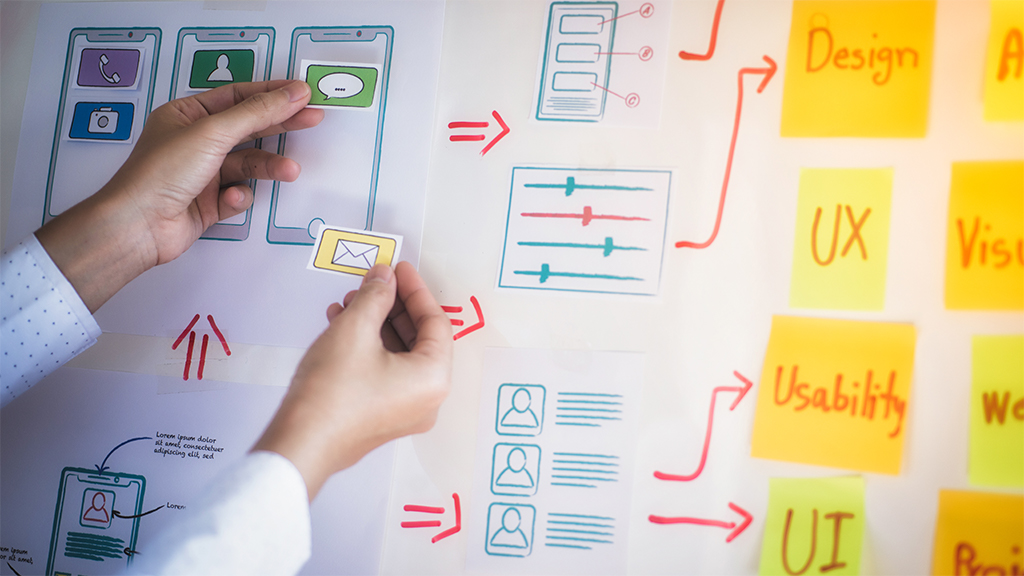 Meet Jordan McAuley. He’s the founder of ContactAnyCelebrity.com – a business that helps everyone from business owners, charities, non-profits and journalists get in touch with just about any well-known person in the world. They have a database of over 59,000 celebrities & public figures, 14,000 celebrity representatives, and 7,000 entertainment companies. Over the years, Jordan’s business has been recommended by the likes of CNN, Forbes, Jack Canfield and Dan Kennedy. Tim Ferris even mentioned them twice in the 4-Hour-Workweek!

Whether someone is trying to get a best-selling author to write the introduction to their book or a charity is looking for a celebrity spokesperson, Contact Any Celebrity is there to help people get connected. 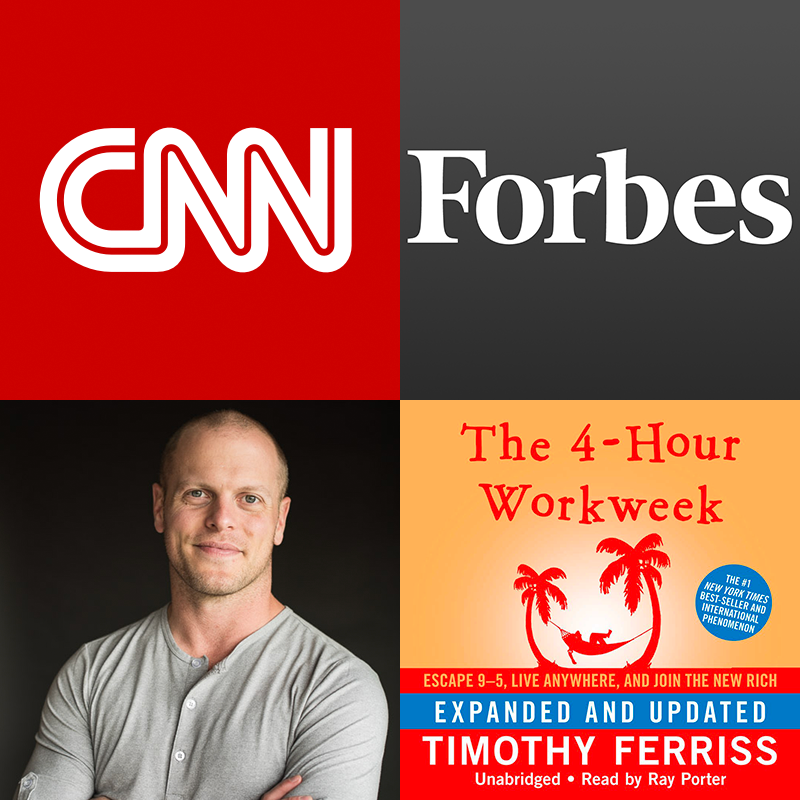 Jordan recently shared the story of how he started Contact Any Celebrity, the challenges he faced and overcame, and the role MemberMouse has played in the growth of his business. He’s discovered a few tips and tricks over the years and wanted to share what he’s learned. We’re happy to share his insights and strategies with you today.

But we’re getting a bit ahead of ourselves… Let’s go back to the beginning.

Was There Even Internet In 90’s?

The story of Contact Any Celebrity begins all the way back in the early 90’s. In high school, Jordan started compiling a small list of celebrities as a way for he and other fans to collect autographs from their favorite movie stars and musicians. He jokes about it now, saying:

“Yes, collecting autographs was seriously a hobby back then.”

However, the list of celebrities that Jordan started building all the way back in high school would eventually become the celebrity database his business still uses to this day.

After graduating high school, Jordan attended a film school in Miami. It was here that he first realized he could turn his hobby of collecting autographs from celebrities into a bonafide business.

“When I was in film school I realized there was an entirely different need for my celebrity database other than autograph collectors. I saw that my classmates wanted to get their student films to a director or find a celebrity to cast in one of their films.”

So, Jordan bought a book on building websites using Microsoft FrontPage. Remember, this is still the 90’s and the internet was just taking off for the first time. Jordan then spent the next 4 years building a website and expanding his celebrity database. Once the website was up and running, he started making his celebrity database available across the internet on community bulletin boards and forums. 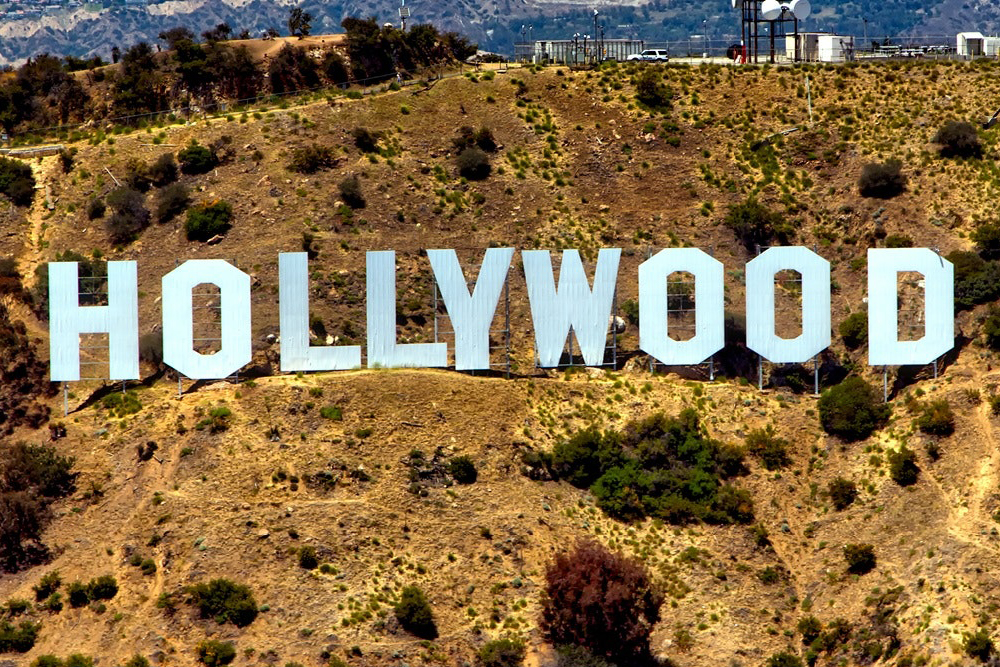 Going All-In With The Business

After film school, Jordan moved to Los Angeles and worked for a talent agency and movie production studio. Jordan described what it was like working for a big Hollywood talent agency this way:

“Have you ever seen the show “Entourage”? Do you know the character who was always screaming, Ari Gold? Yeah, that was literally how it was where I worked.”

But, the experience of working at Hollywood talent agencies and movie production studios showed Jordan there was a new, even bigger need for his celebrity database. Now, instead of just student filmmakers and hobby autograph collectors, Jordan saw that businesses, authors and non-profits were looking for endorsements and donations from celebrities. So, Jordan continued to expand his business and meet the needs of this new market.

Soon, Jordan began making more money from his online business than he was at his jobs.

“I was working at these intense, cutthroat jobs where I was making like $10 an hour. In the back of my head I was thinking, ‘I’m making a lot more money selling my stuff online than I am at these jobs…’ So I decided to go into business for myself and stop treating it like a hobby.”

After this realization, Jordan got serious about building his business and worked on it full-time. He started attending seminars, reading books, and learning how to take his business to the next level. 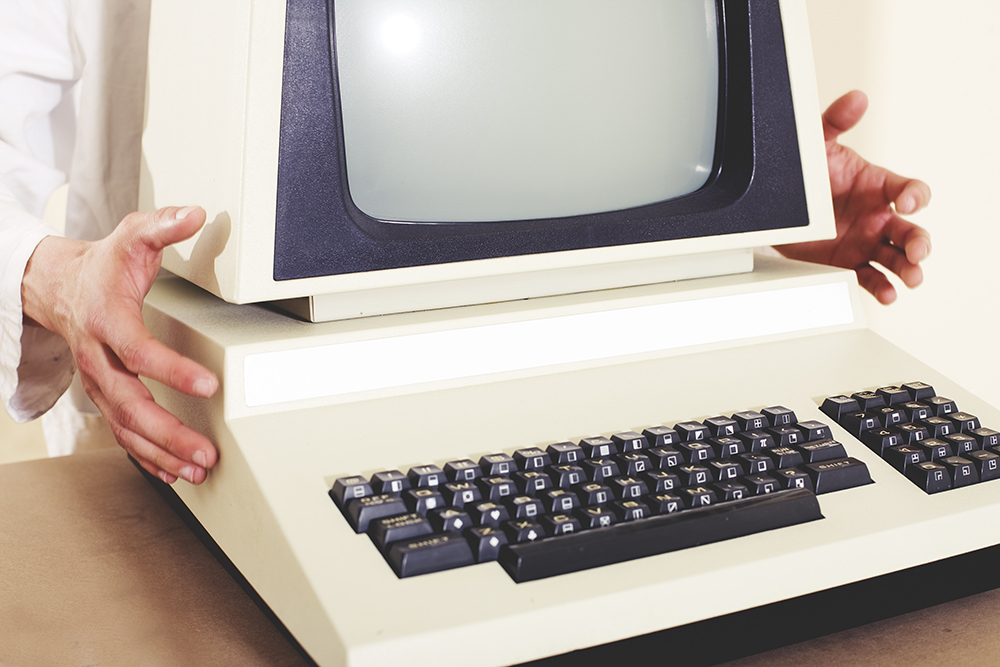 Even with all of the new strategies and techniques Jordan began implementing in his business, Contact Any Celebrity was struggling with antiquated systems and technologies. As a result, he couldn’t scale the business. Jordan needed an effective, sustainable way to grow.

“I had such an antiquated system. My site was still running on Microsoft FrontPage, with static HTML pages and everything. I switched the frontend of the site to WordPress in 2008. That was super helpful. But, the backend of the database was still pretty much the same. I was getting really frustrated with this old technology. I was seriously burned out.”

Even after Jordan switched the frontend of his site to WordPress, it was still really hard to do anything technical on the backend. He used another company for member management that allowed him to accept credit card payments, but he grew more and more frustrated with the limitations of that platform.

“I used this other company, but it was so bad. I couldn’t customize my payment forms in any way, there was no way to update expired credit cards, everything was so manual and it was just killing me. I knew I needed to get all of this switched, but I had no idea how.”

Once Jordan realized that the growth of his business was limited by this old technology, he knew it was time to make a change. He started doing research on ways to easily manage a membership business, fight churn due to payment issues and automate customer support. That’s when he discovered MemberMouse.

“I really liked the look and feel of MemberMouse, it was really fun to interact with. Once I started using it, I was surprised with how easy it was to set up. I had spent all these years thinking that switching to a new system was going to be so complicated and would probably break my site, and everything would just fall apart. So, I was afraid to make that change. But I remember that I got my entire site switched over to MemberMouse in one day. It was pretty quick. And, my site didn’t break and everything worked!”

Since switching over to MemberMouse, Jordan has been able to intelligently scale his business. He was eager to share some tips and tricks he’s learned over the years to help our readers build more profitable membership sites.

Here are 6 recommendations Jordan has to help you grow your membership business:

With his old system, Jordan’s customers didn’t have the ability to do simple tasks like reset their passwords on their own. This meant that Jordan and his team had to do this manually for each member. This level of customer support created a real burden for his business and prevented scalability. MemberMouse’s automation features (such as the built-in My Account page and Push Notifications) dramatically decreased support costs and made his life so much easier.

Another major pain point for Jordan’s membership business was loss of customers and revenue due to churn. According to Jordan, at one point he was losing upwards of 50% of his members each month simply because the expiration date changed on a customer’s credit card. MemberMouse’s automatic overdue payment handling combined with the Stripe integration helped Jordan dramatically reduce his churn rate due to expired credit cards.

Jordan notes that the Advanced Reporting Suite is another feature that has really helped him grow the business. Something that he wasn’t able to do before, was monitoring the average member retention rate. Before, it was nearly impossible for him to track how long his members were staying with his business. Now, he’s able to track average monthly revenue, churn rates, lifetime value, and more all from the reporting suite dashboard.

Something Jordan had always wanted to do was customer segmentation. With MemberMouse, he’s able to ask new members on the join form questions like “What do you do?” Now, when people join his site, they can select options like “I’m a non-profit, an author, a small business, etc.” 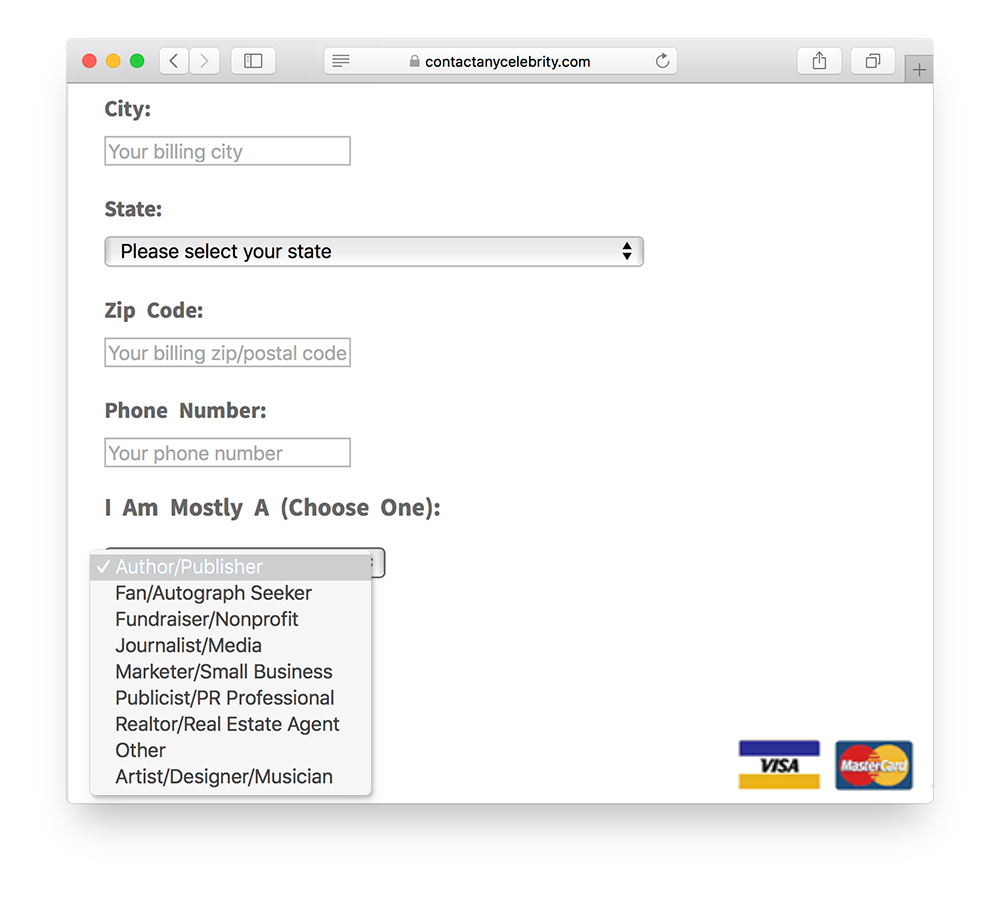 This information is saved in the custom fields section of the member details area, and can be searched and exported. It helps Jordan better communicate with his customers. And, he can see what percentage of his customers are in each category. This gives him true insight into who his customers are.

Jordan implements both upsell and downsell sequences in his sales funnels. When a new customer joins their membership, he offers them a discount on the annual plan. And, when someone goes to a cancellation page, they’re offered a discount to stay with them. This helps them maximize the profitability of each sale and increase member retention rates.

Last but certainly not least, Jordan loves that he’s able to personalize each member’s homepage. Now, when his members login, he’s able to greet them by name. This extra touch of personalization goes a long way in creating a warm experience for his members. (Editor’s Note: This is one of many customizations that are possible with MemberMouse SmartTags.) 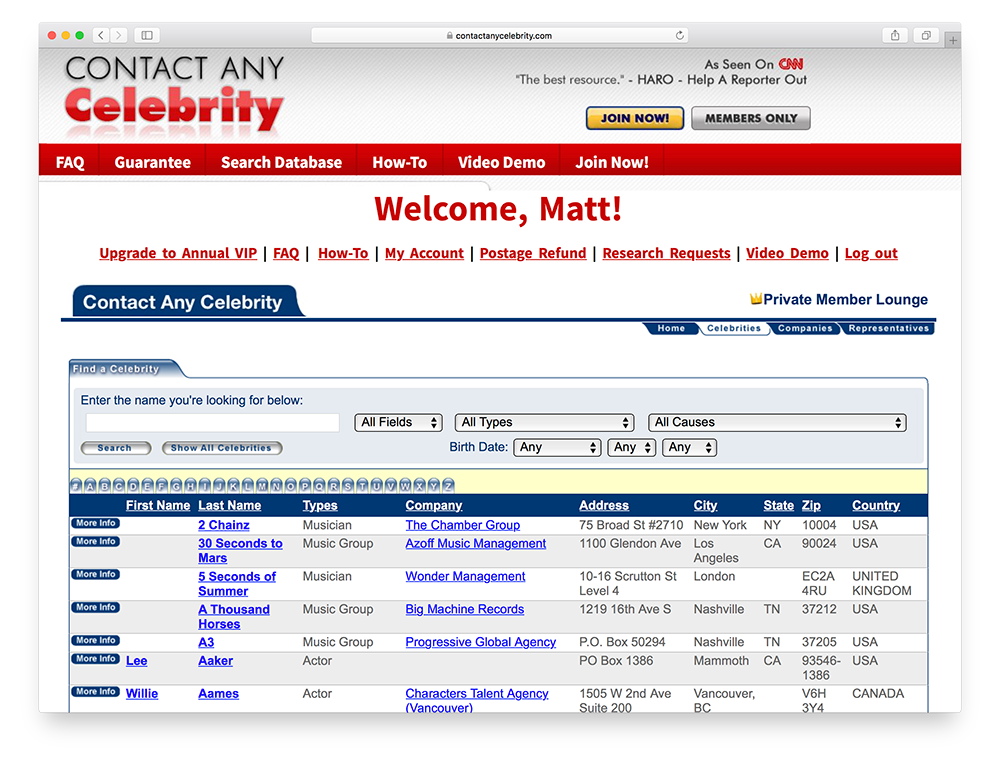 “These might sound sort of like basic things, but you’d be surprised how many systems don’t do these things or make it really complicated to do them. I was happily surprised that MemberMouse could do it all.”

Unlike an M. Night Shyamalan movie, there’s no twist ending to Jordan’s story. Since switching to MemberMouse, Contact Any Celebrity has been able to automate their business, decrease support costs, and implement growth strategies. Their goal of connecting people to celebrities and public figures around the world is now easier and more profitable than ever.

Many thanks to Jordan for sharing his story, tips, and tricks with us. If you’ve found success with MemberMouse, we’d love to hear your story as well! Get in touch and drop us a line over at [email protected].

Matt is our enthusiastic Content Manager here at MemberMouse. Originally from Chicago, Matt now resides in the Pacific Northwest with his wife and cat. He loves reading, writing and getting outdoors. A Crash Course in Member Segmentation How to Optimize Your Membership Site with Smart Systems